The Family Polka Program was started in December, 1972 by Mike Lozosky and Ted Rychlak.  The first show was only 30 minutes in length, but quickly grew into an hour and a half show in just three months!  Ted & Mike hosted the Family Polka Program for seven years.  Then Mike's daughter, Connie, with her husband, Vince took the reins for the next 16 years.  Today, Janice, (Ted's daughter), and her husband, Jay Lochner continue to keep the radio show in the "Family" with no plans on retiring it any time soon.  As long as there are loyal listeners out there they will continue to share this great music with them! 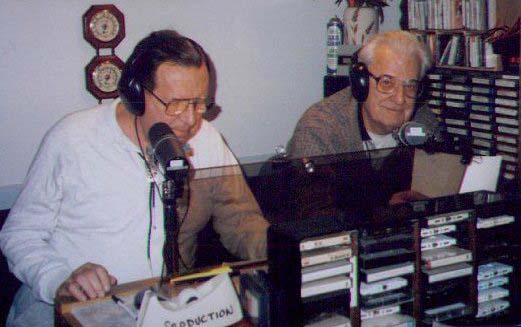 Ted Rychlak (left) and Mike Lozosky. The founders of The Family Polka Program. We brought them back to record the 25th Anniversary show, Dec 8, 1996! 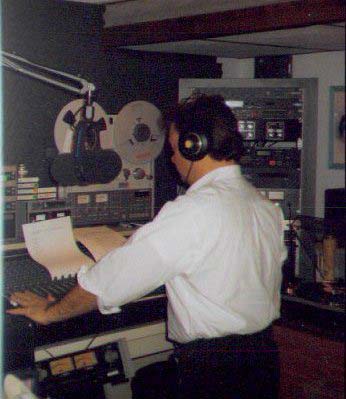 Current hosts of the show 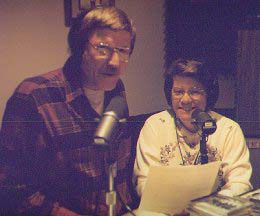 The Family Polka Program aired in the greater Baltimore area for 31 years. The show started out being live, but part way through Connie & Vince's reign they changed radio stations and began pre-recording the show with Mike Ziemski engineering.  He continued to engineer for us until we were not able to keep enough sponsors to pay the cost of air time. The Family Polka Program had it's last broadcast on March 28, 2004. But we're not quitters, and have decided to keep the show going on the Internet. We now have a small studio in our home and record the show ourselves, but we still use Mike's voice as our announcer and occassional guest host for some of our special holiday shows.

We have joined The Polka Jammer Network, "The World Leader in Polka Entertainment" in Stereo no less! Keep the music going by visiting: polkajammer.com

The name Family Polka Program describes the show perfectly; music for the whole family. We play all the current hits, plus some of the great artists of years gone by. Though we are primarily a Polish show we do play German, Slovenian and other varieties of polka music.

Any band that would like us to play their music may send a CD to: